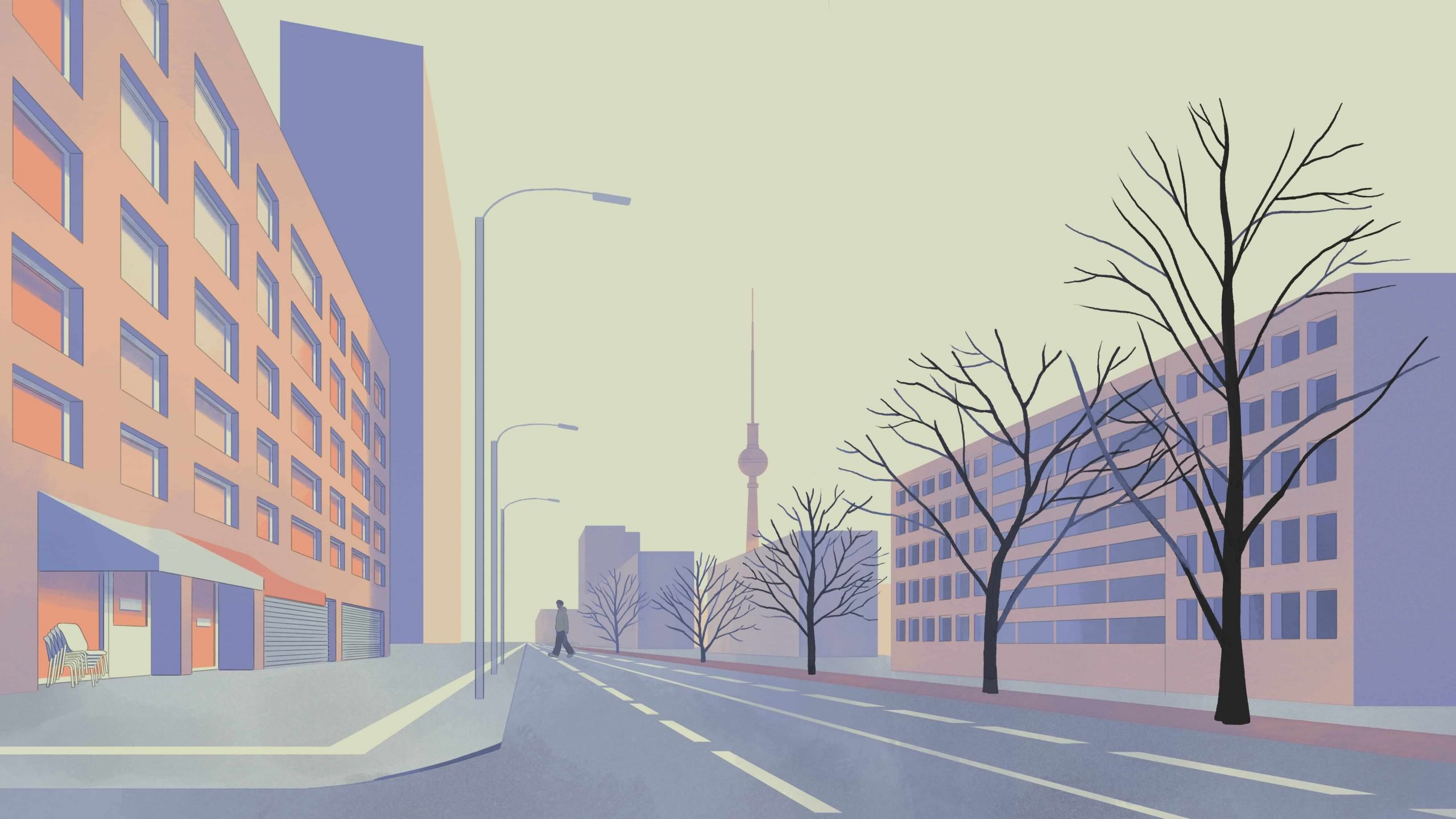 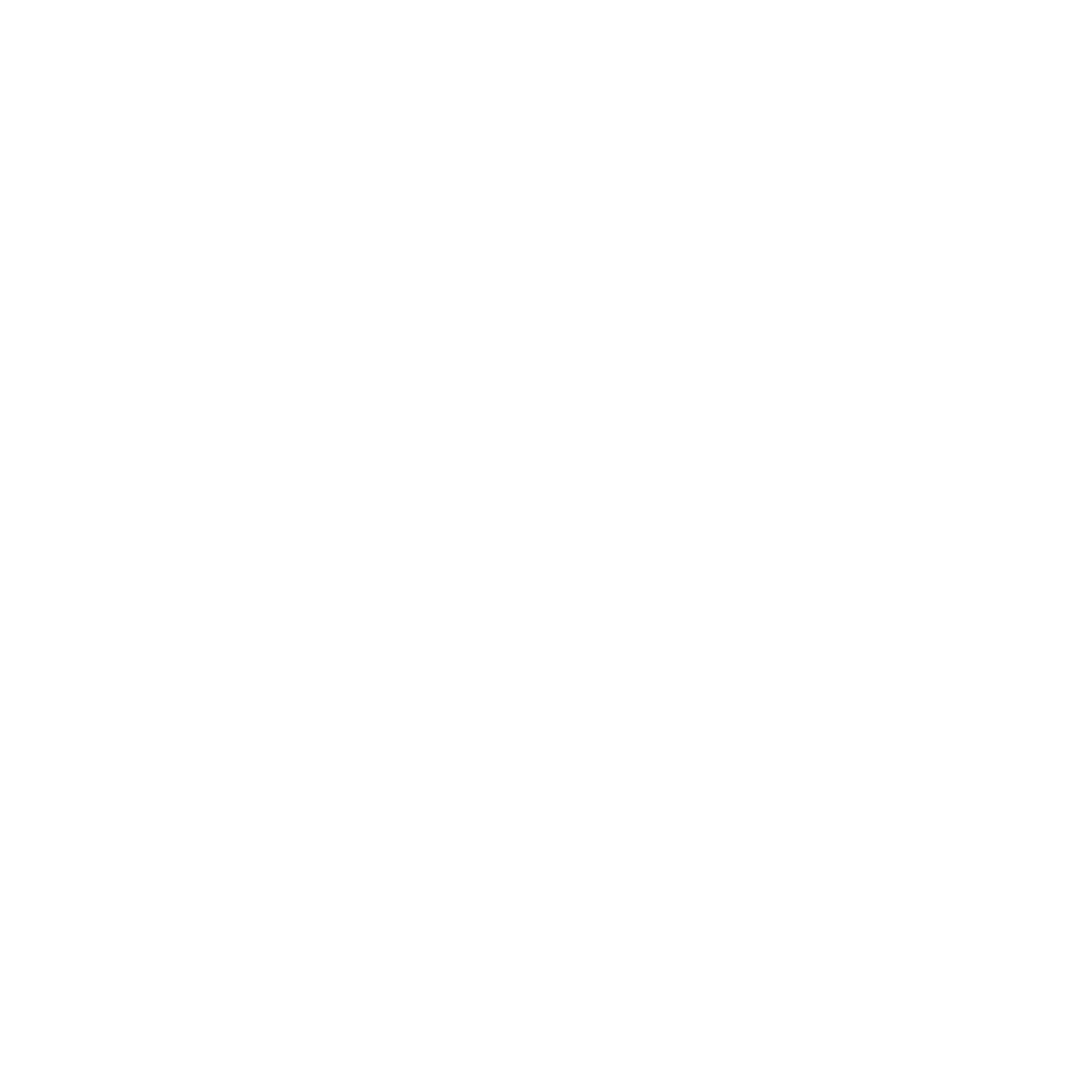 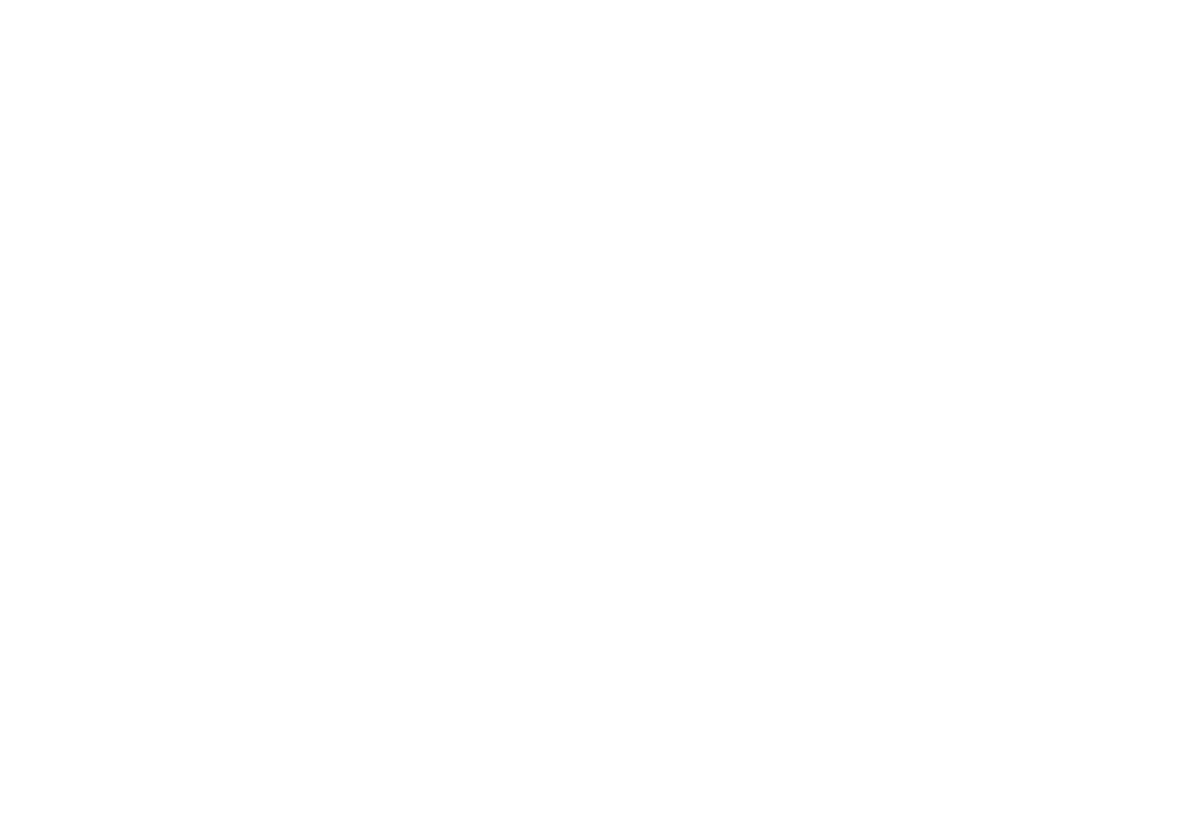 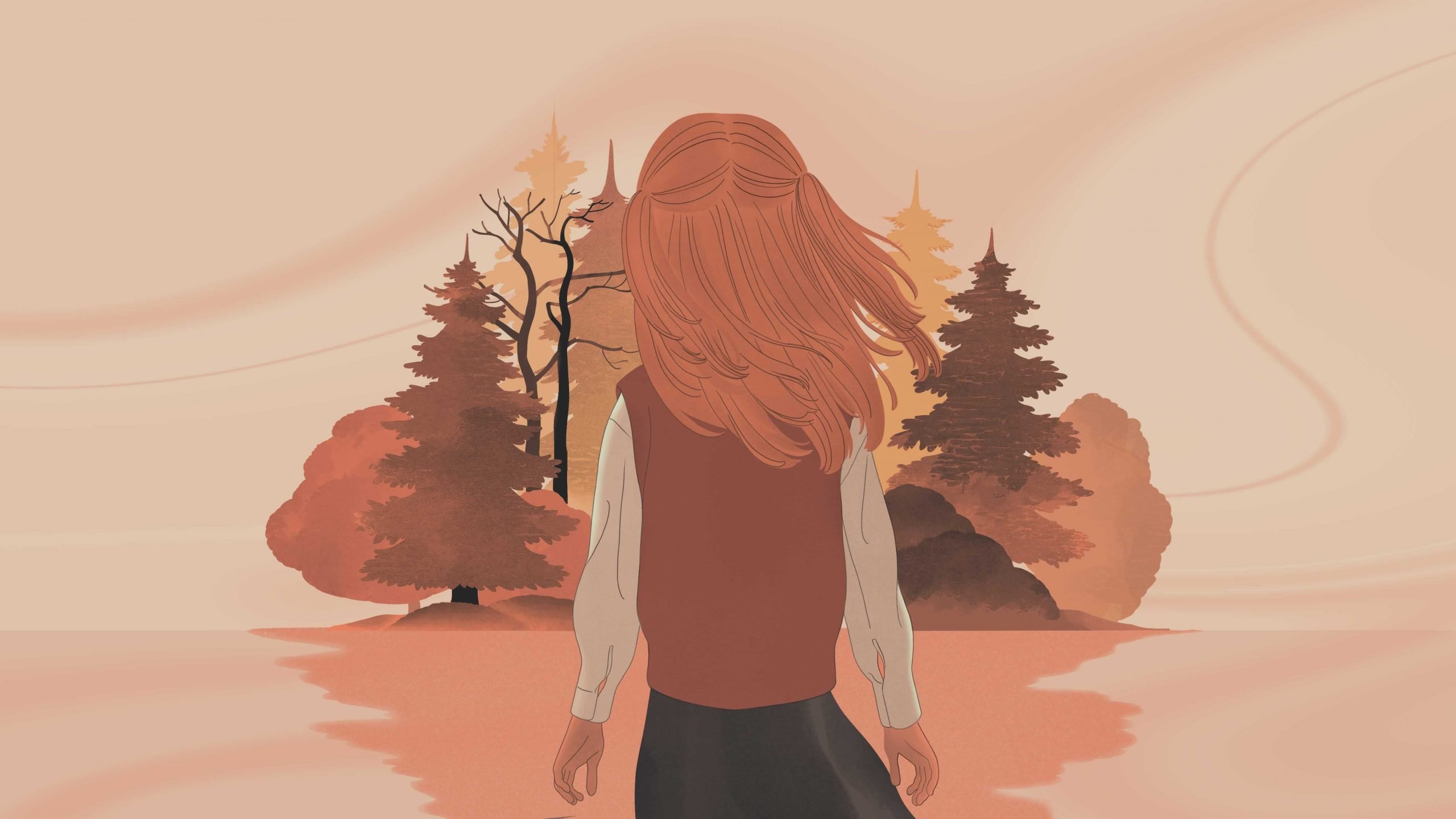 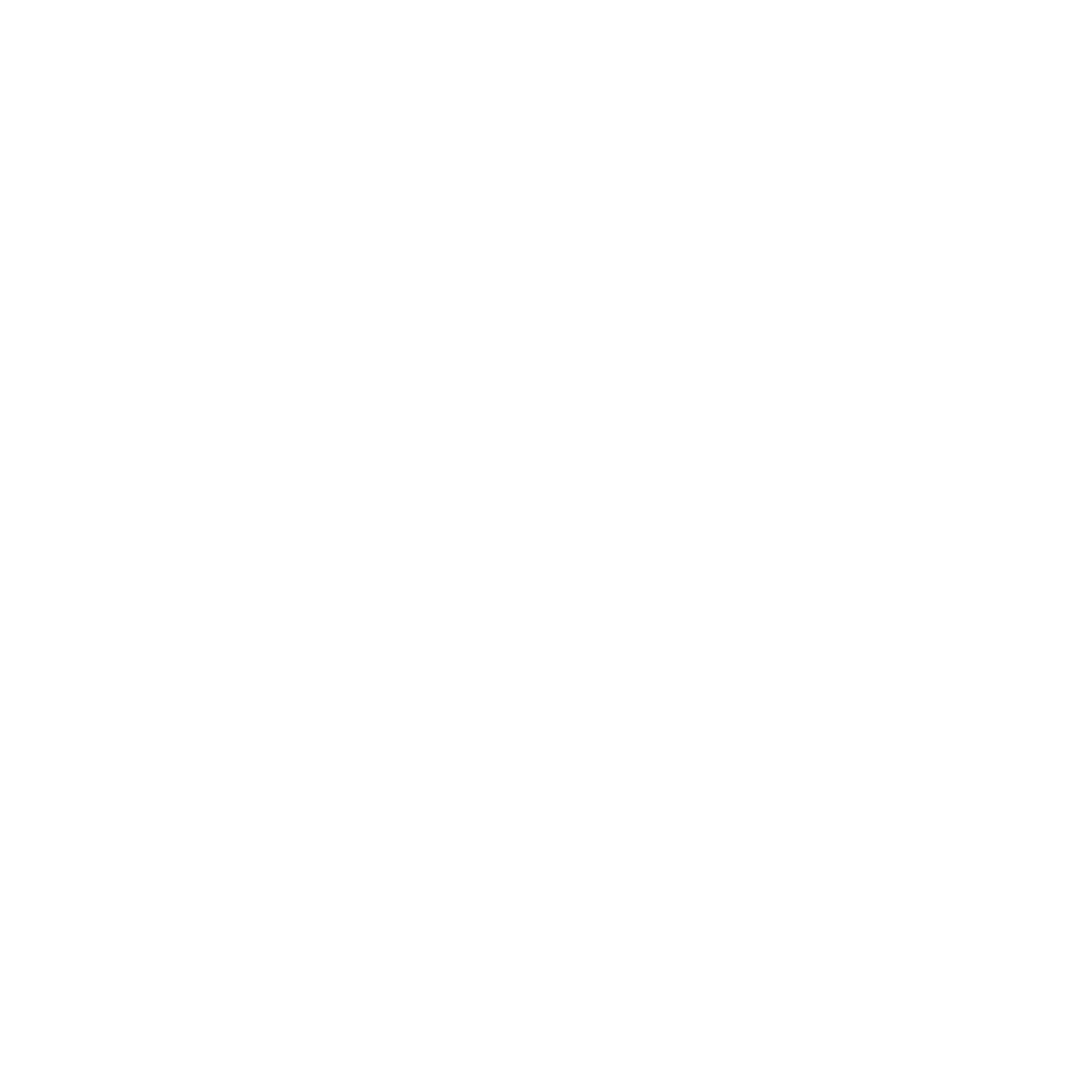 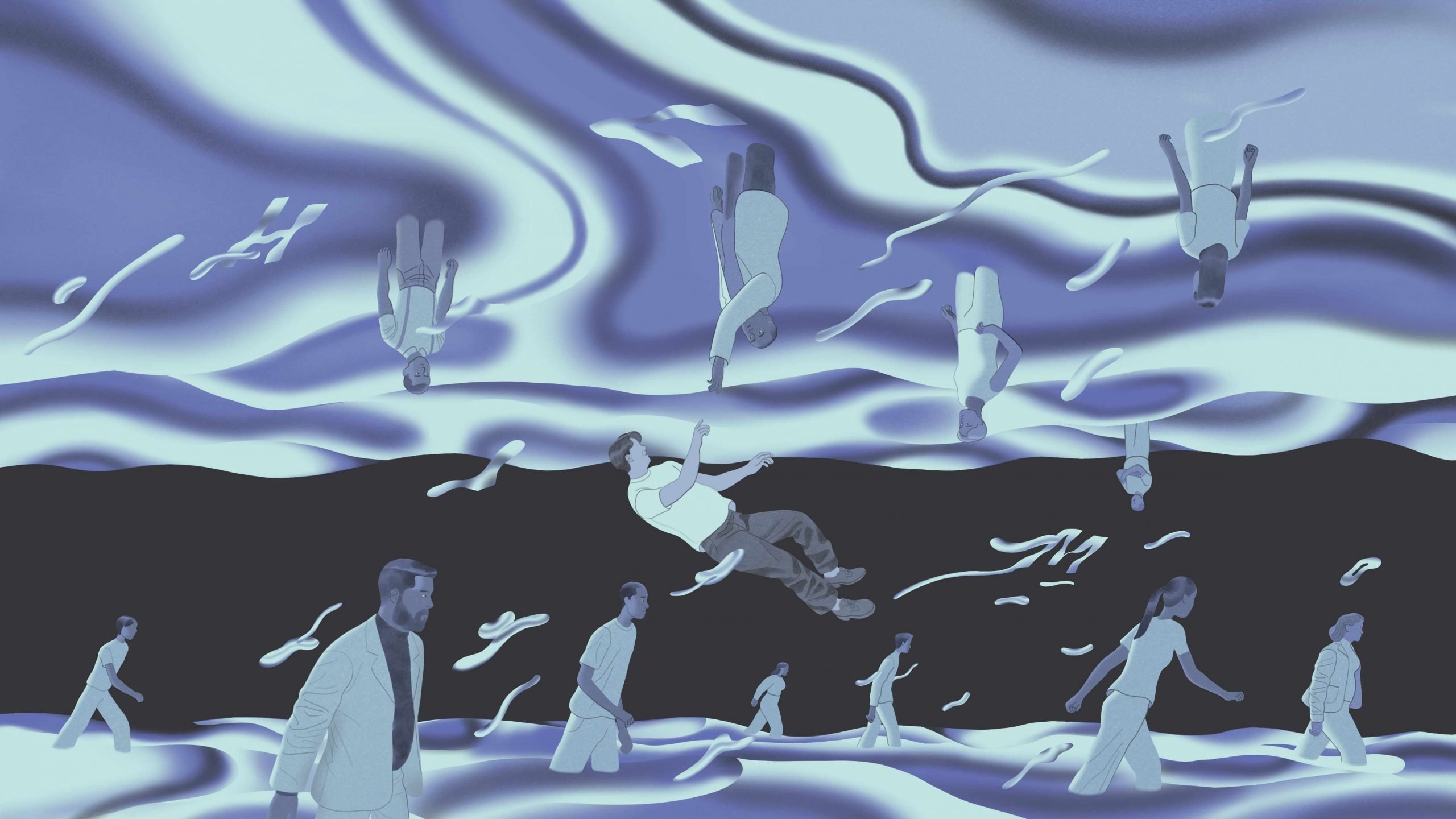 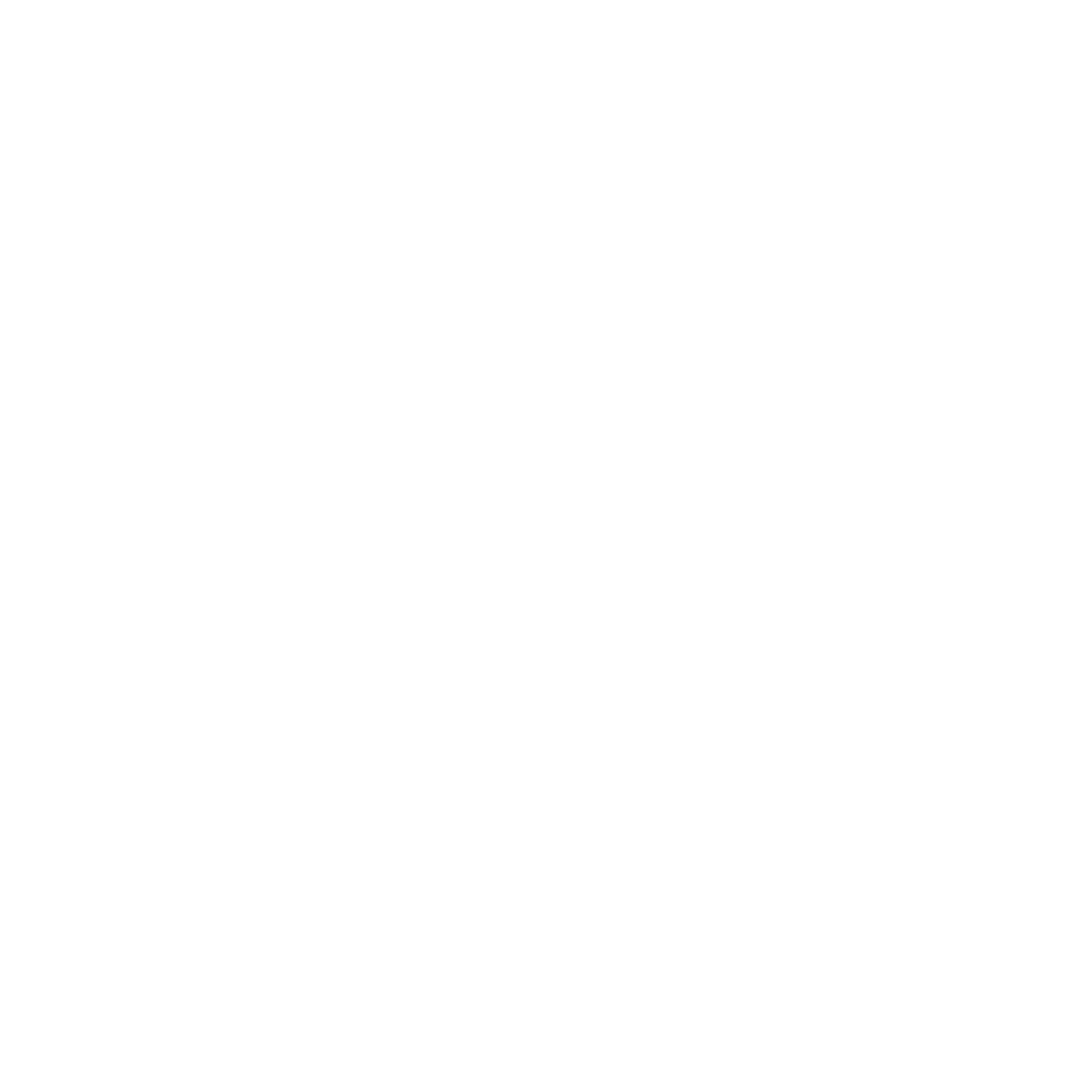 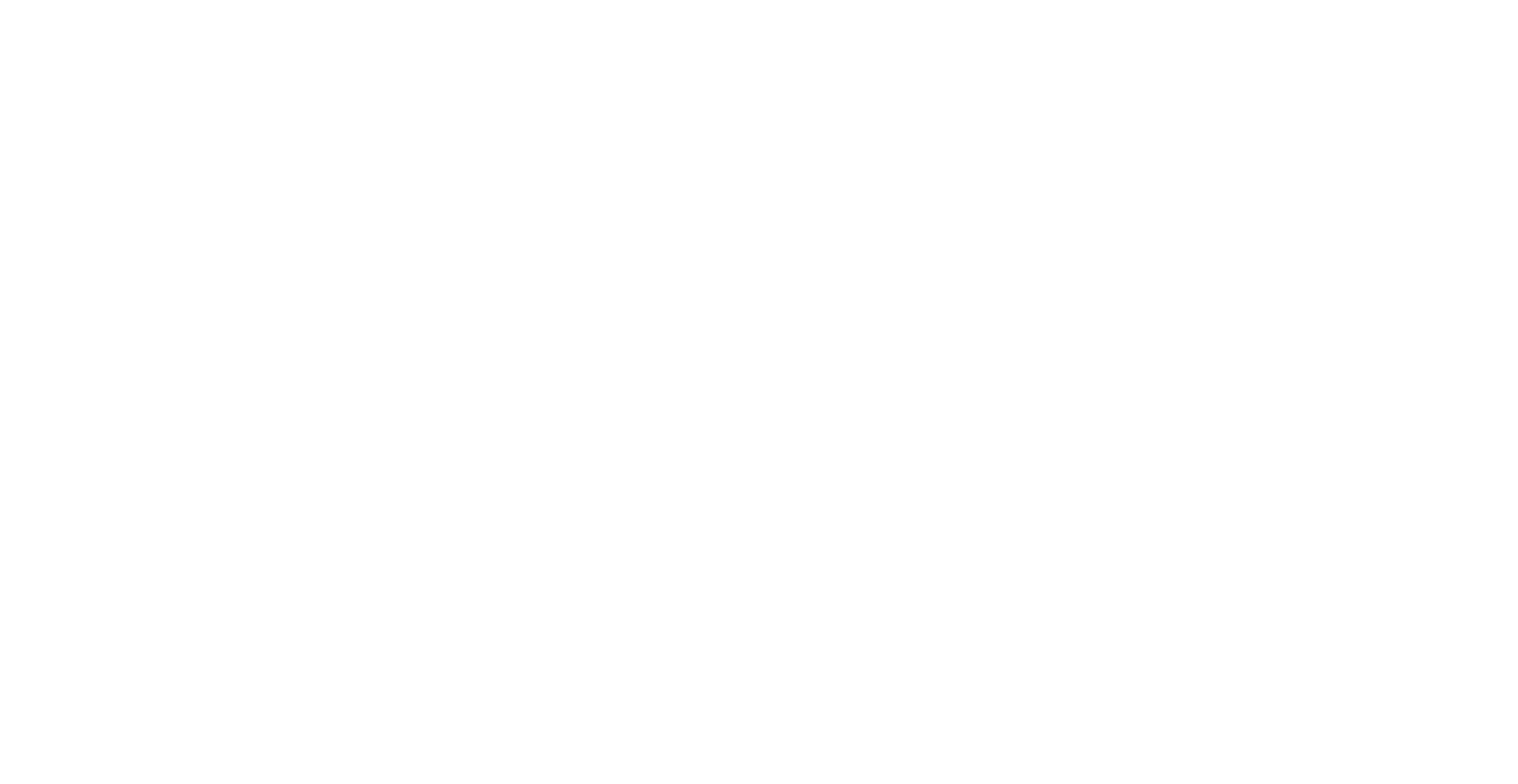 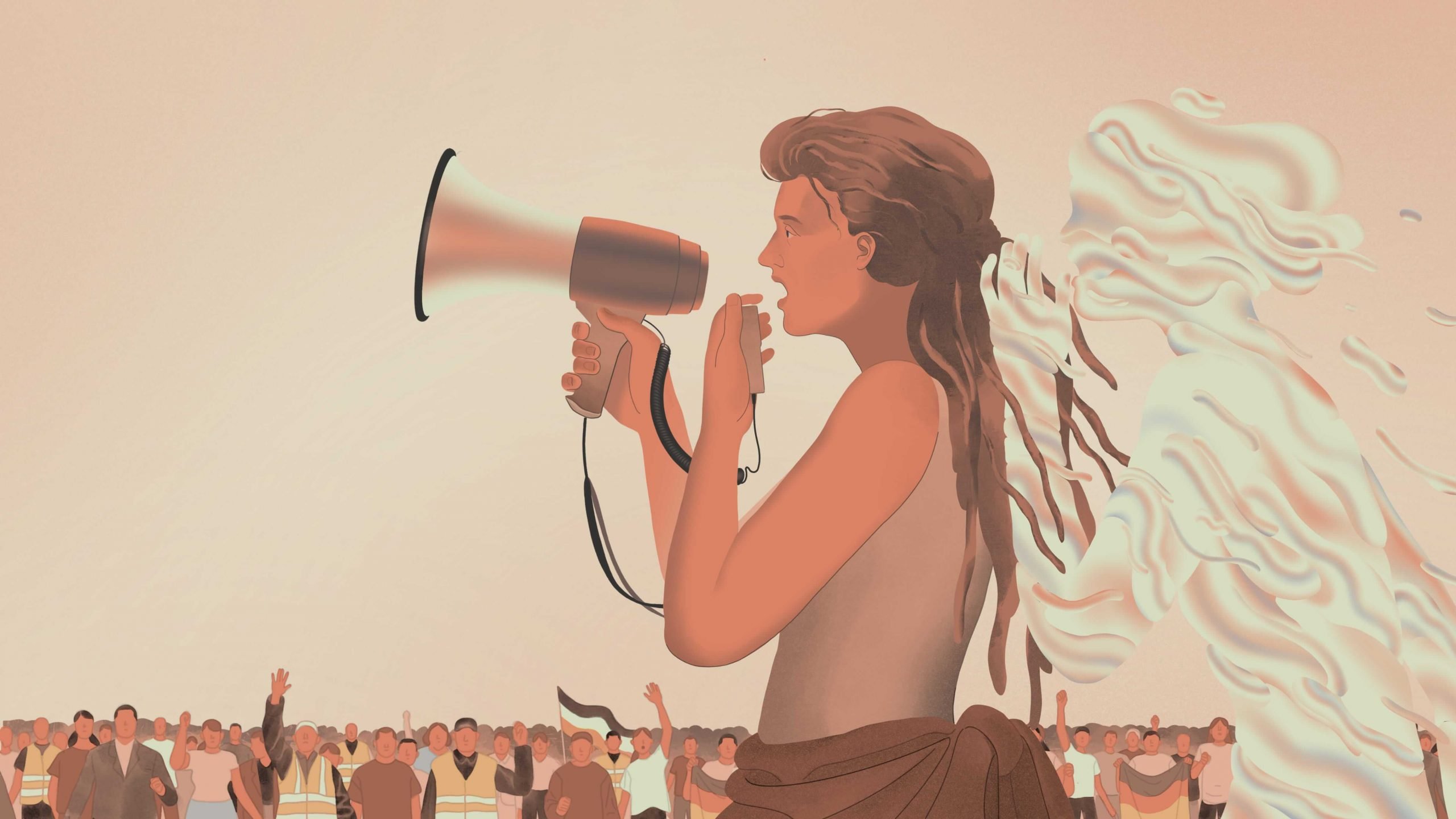 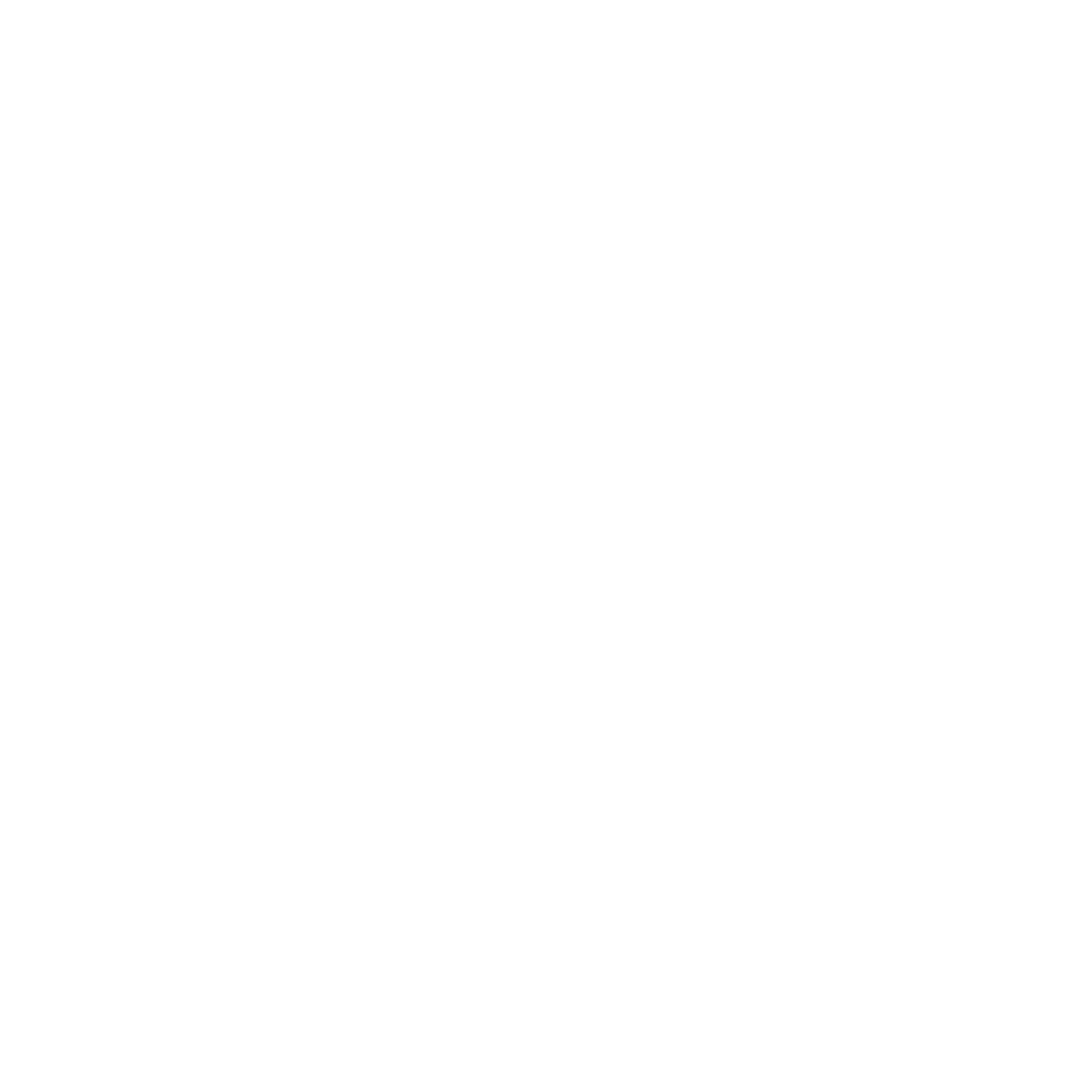 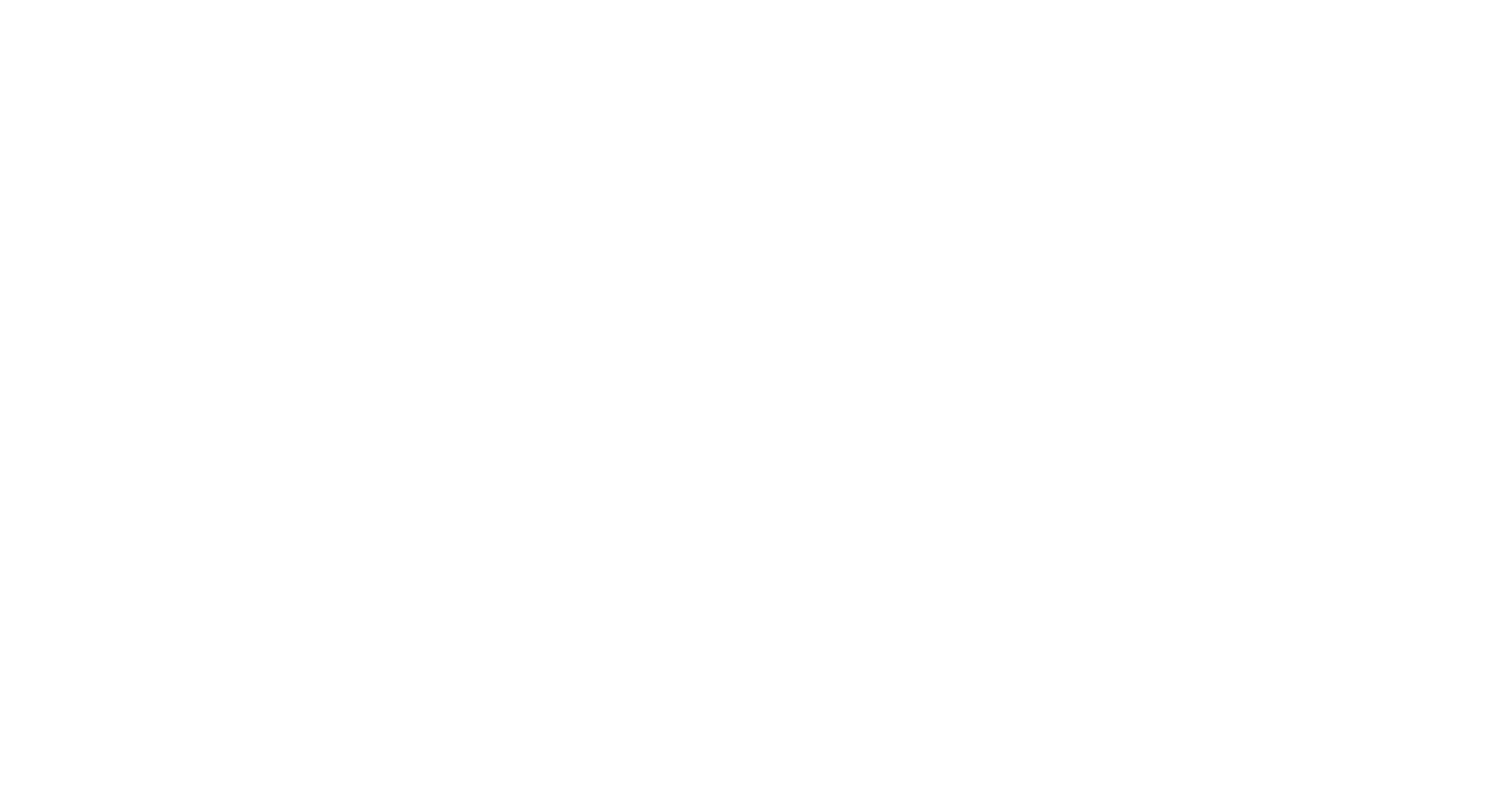 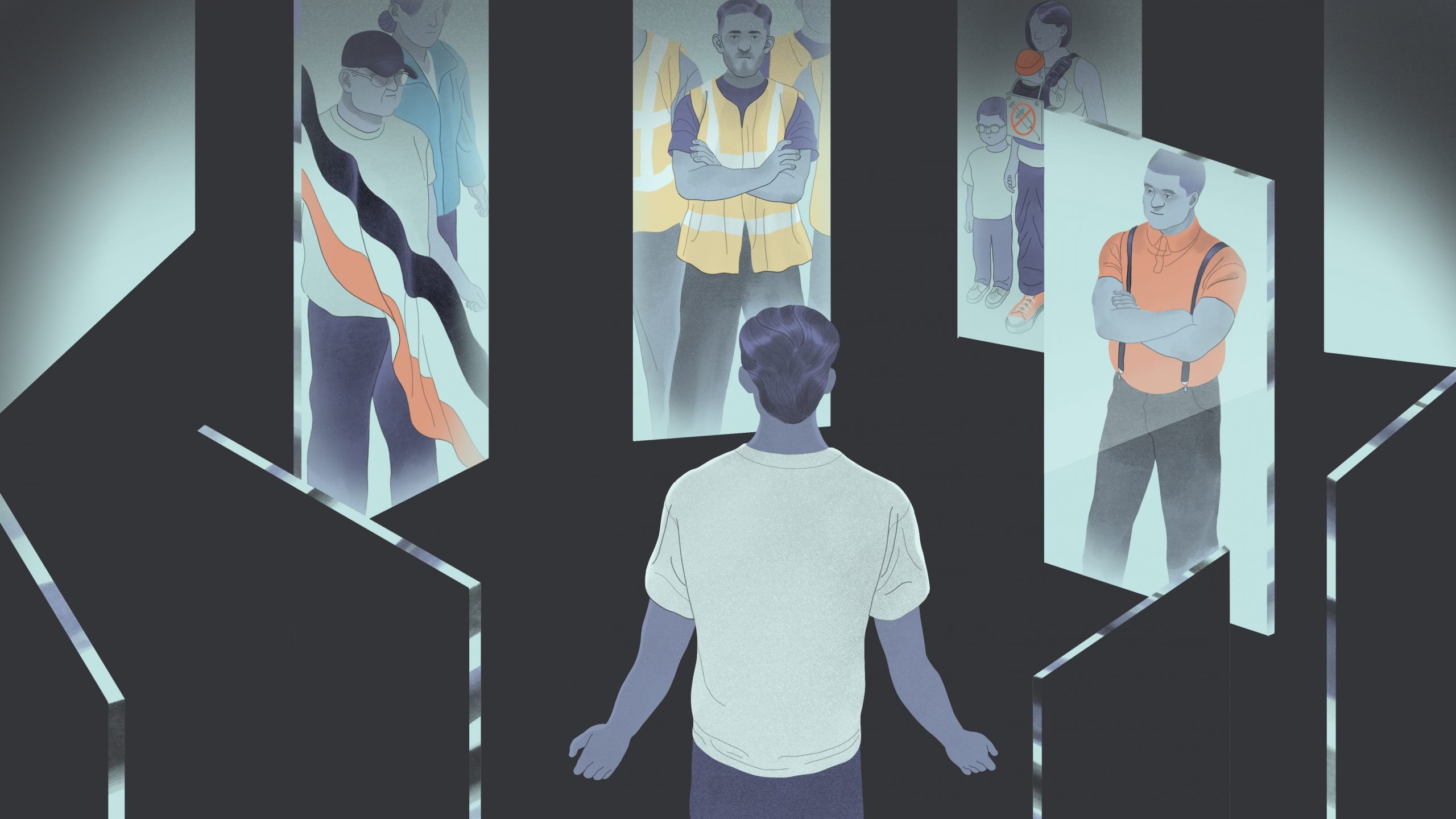 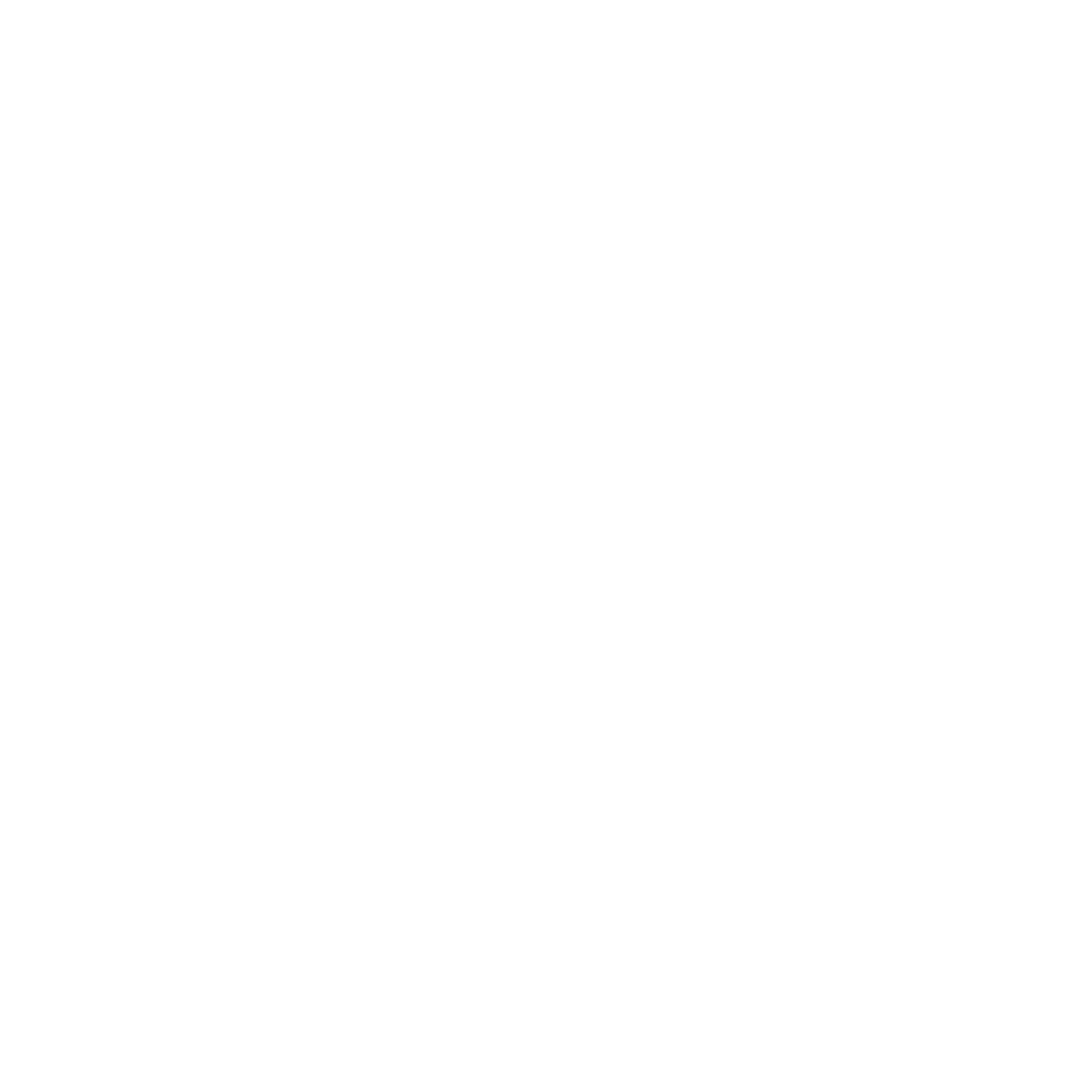 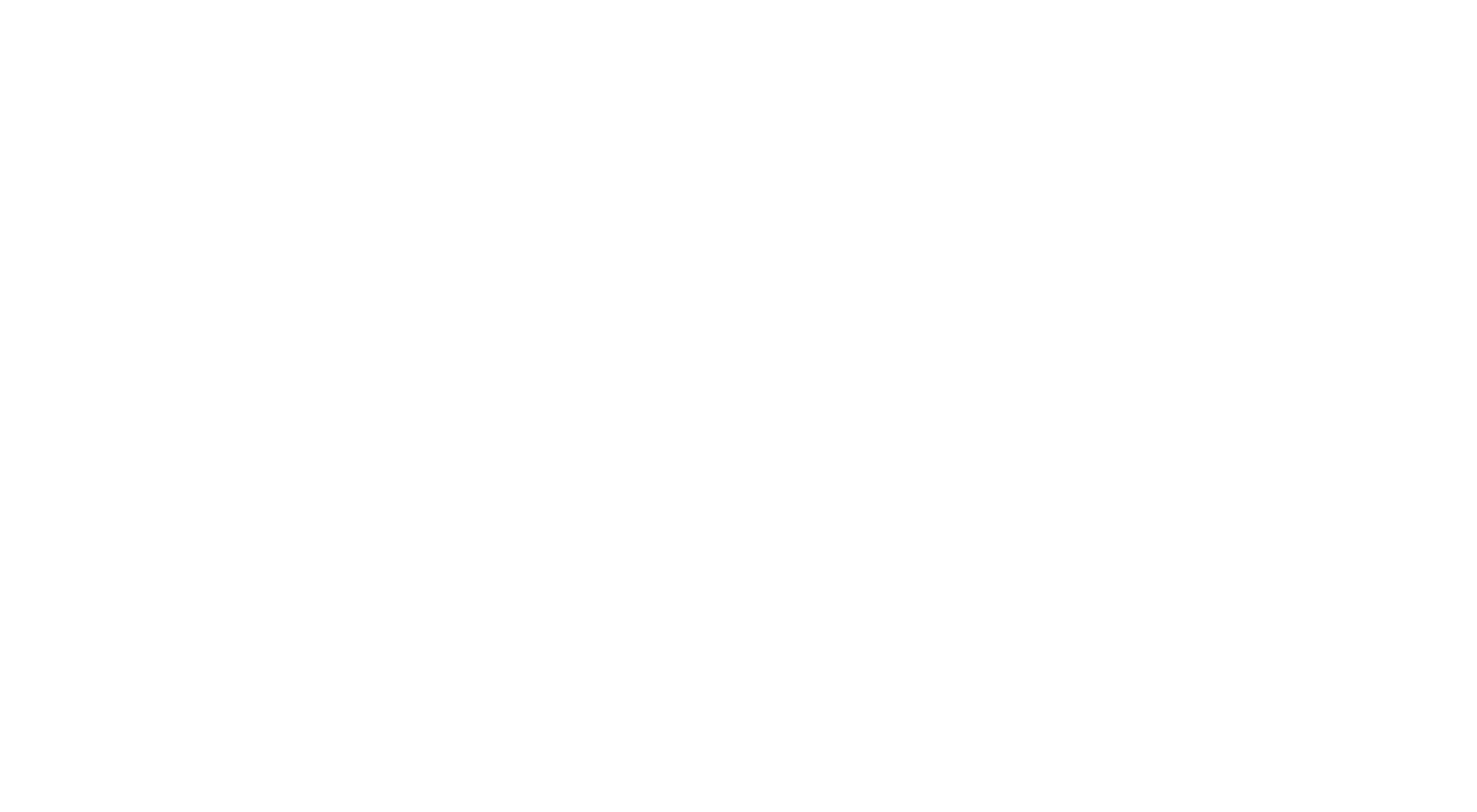 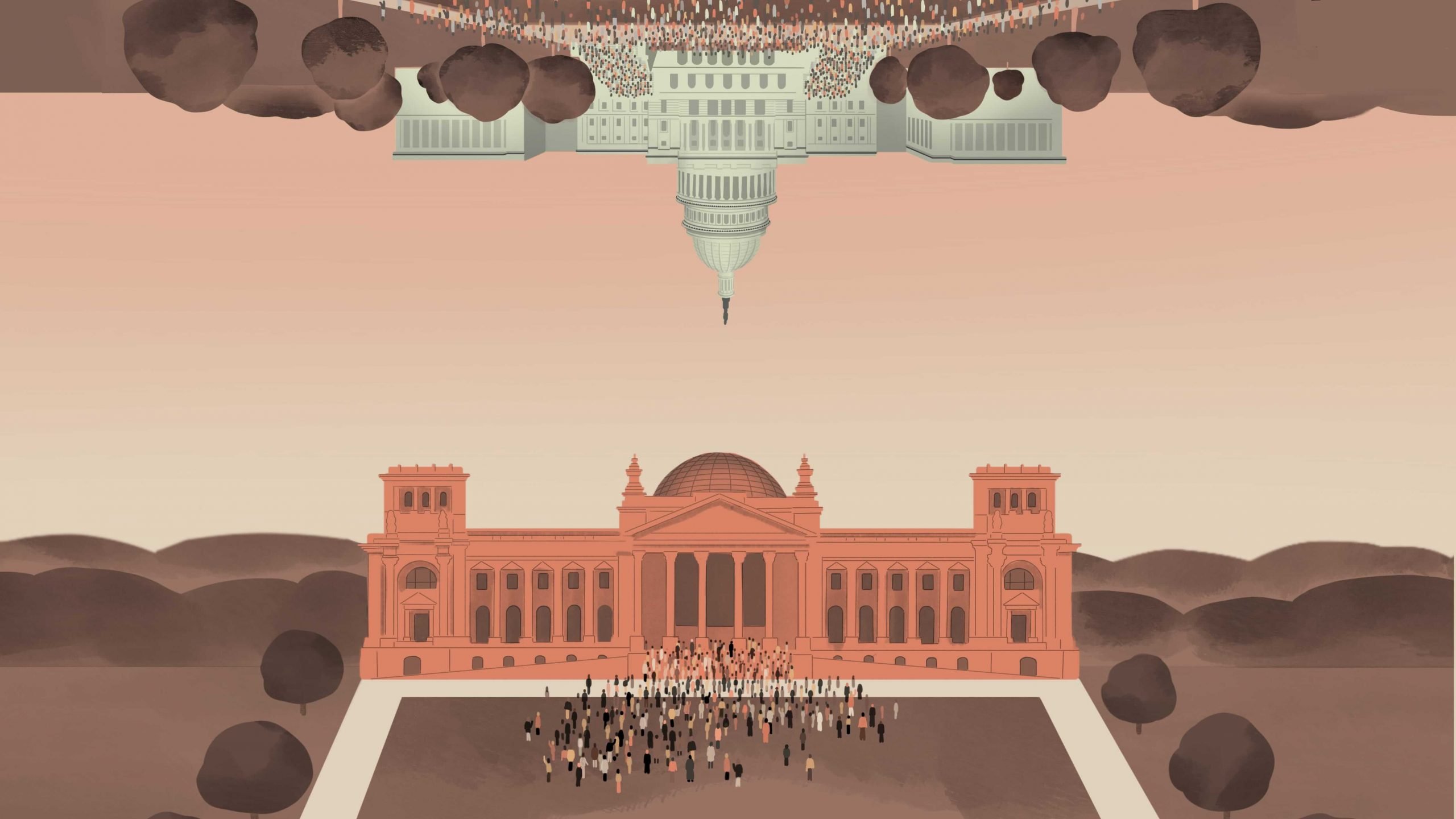 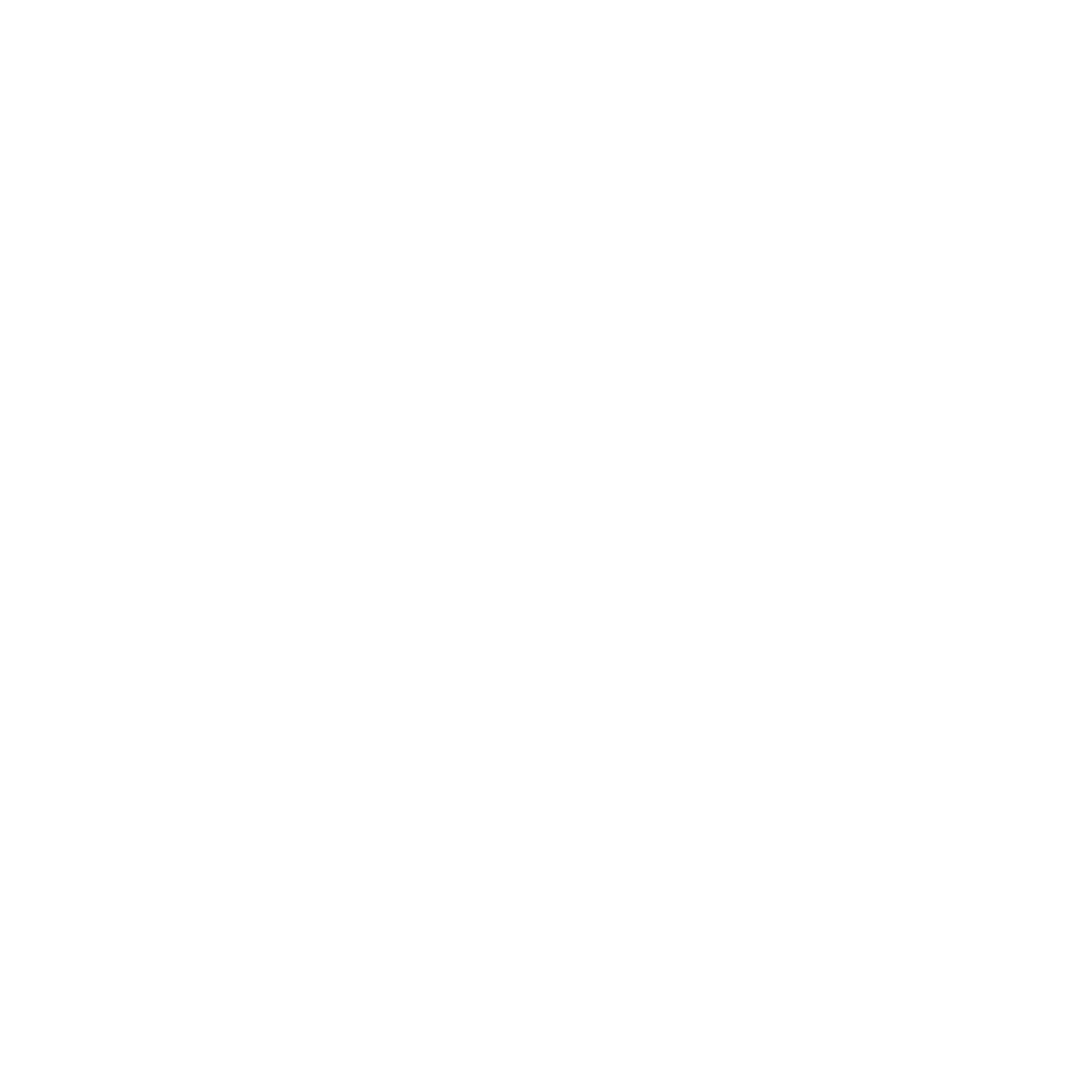 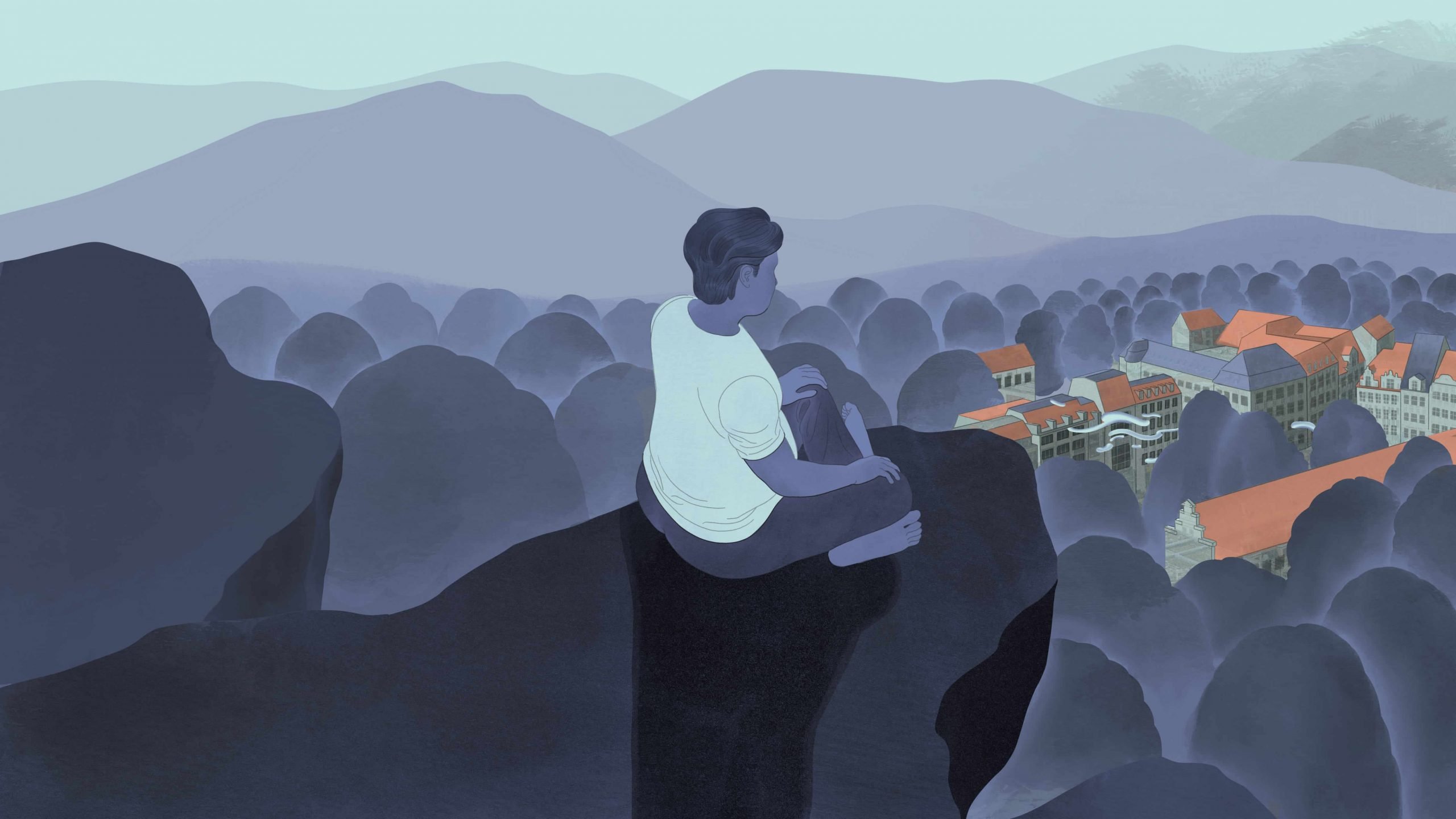 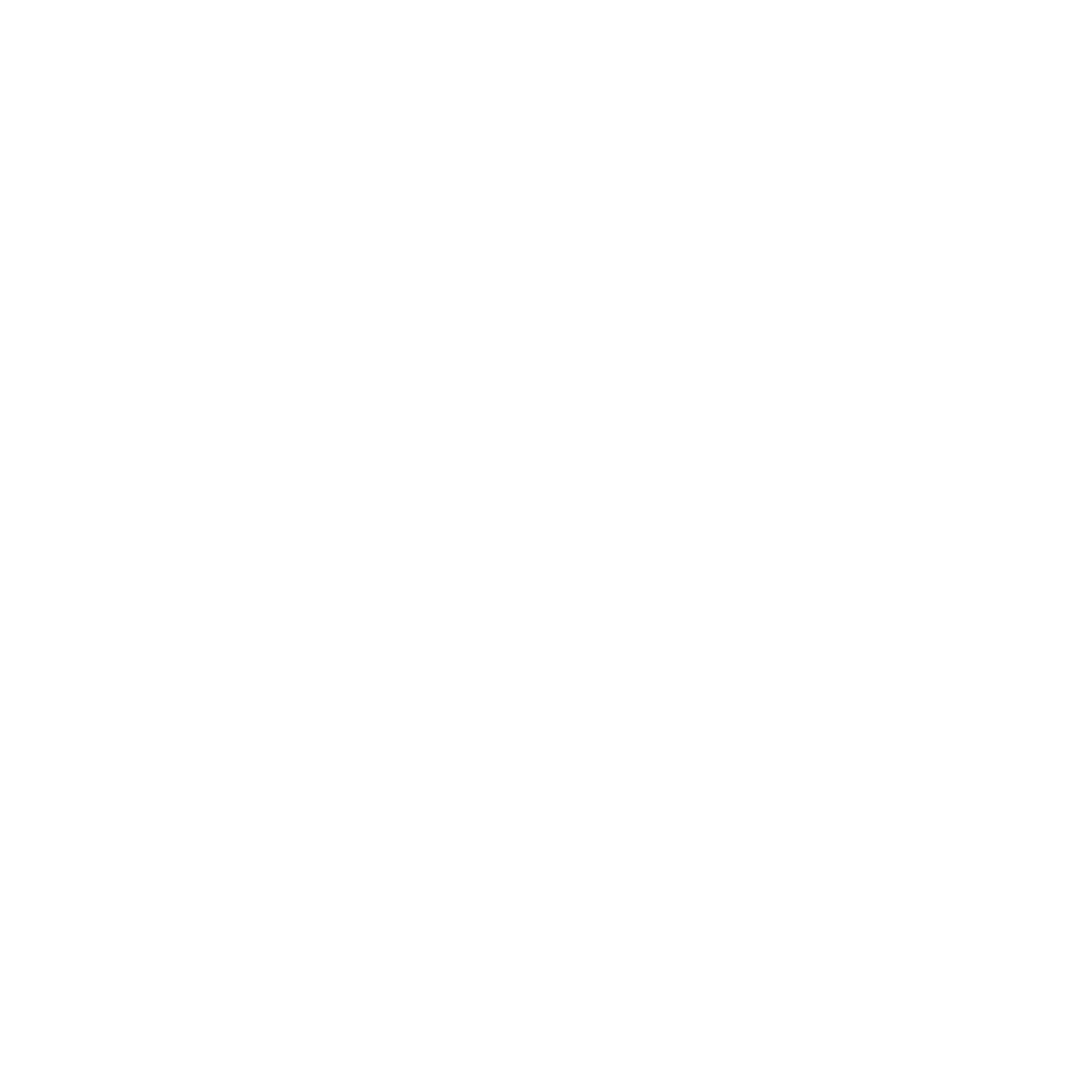 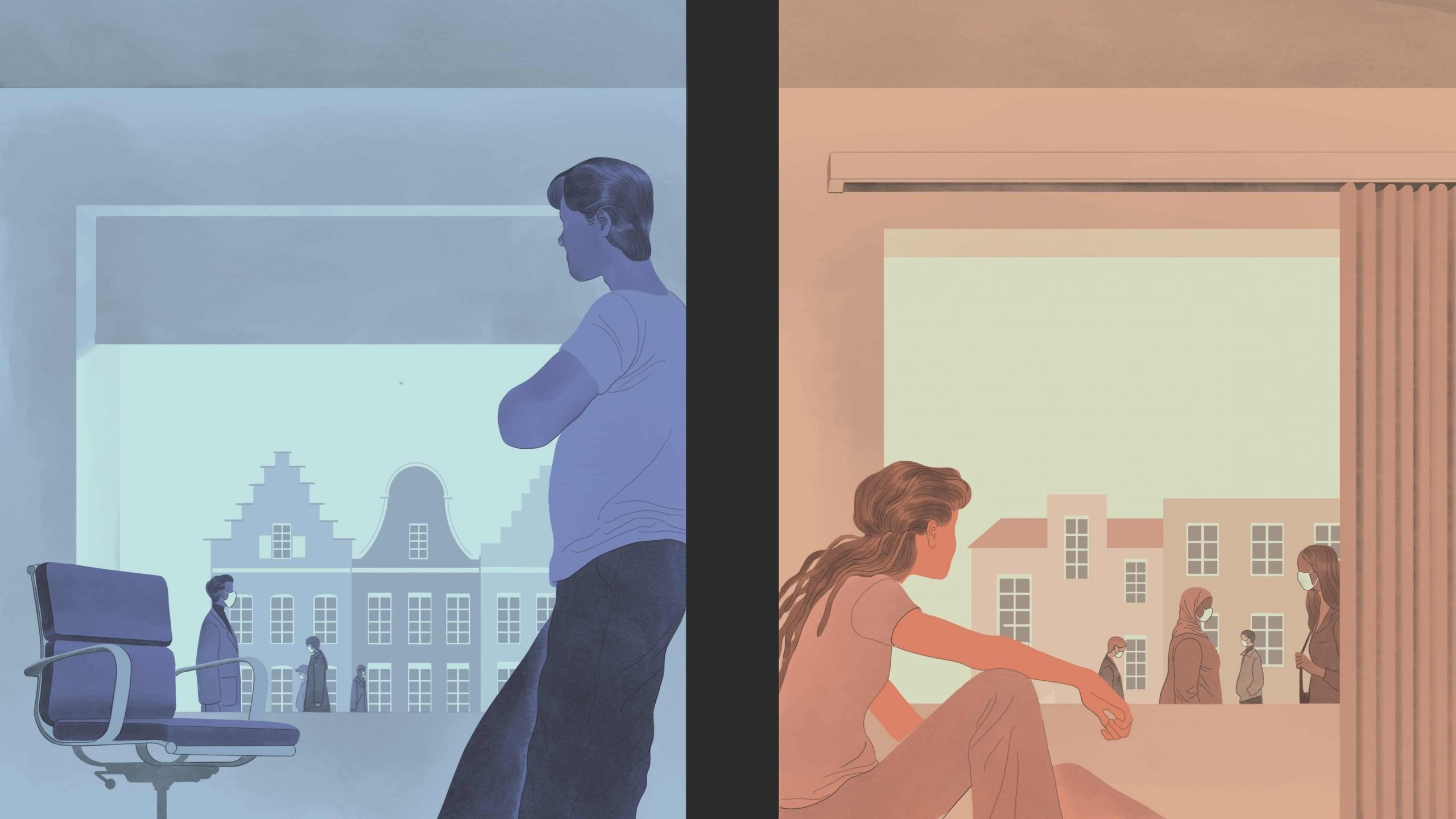 “MY WHOLE LIFE I felt that there is something wrong in this land,” Tamara Kirschbaum says. A pale-skinned woman with blonde dreadlocks to her waist, she is recalling how she first got involved in protests and activism.

A resident of Roetgen, Germany, a leafy village near the border with Belgium, Kirschbaum has always been able to see things others cannot, she says. Auras appear around certain people, trees, and nature and she gets “a feeling” around them, she explains. When Kirschbaum mentioned this to other children growing up, things didn’t go well. So she ended up spending a lot of time playing in the forest, alone.

Kirschbaum didn’t get along with her parents, either. “Oh, it was horrible at home,” she says. “I was very, very angry with my mother.” At 15, she ran away. Then, having realized that no one else saw things the way she did, Kirschbaum tried to shut off her so-called abilities and lost them for several years, she says.

In the 1990s, when Kirschbaum was 17 or 18 years old, she started attending antifa protests. Back then, she took part in the black bloc, a group of demonstrators who masked their faces and covered their bodies with black clothing, concealing their identities as well as protecting themselves from noxious crowd control measures like pepper spray and tear gas.

By age 22, she was living in a trailer she called “Mathilde,” where she enjoyed a quieter life at one with nature. “And in the trailer I got my abilities back,” Kirschbaum says. She met other people who shared her “skills.” They got her interested in theories about the Bilderberg Group, a collection of trans-Atlantic leaders accused by conspiracy theorists of installing a secret global government, and the Freemasons, a fraternal organization similarly alleged to want to establish a new world order.

That was also when Kirschbaum discovered the works of Rudolf Steiner, an early twentieth-century philosopher and esoteric social reformer who proposed alternative approaches to education and medicine. Steiner’s “anthroposophical” teachings, positing that the human mind can connect to the spiritual world, are the foundation for Waldorf schools and kindergartens, which got their start in Stuttgart in 1919 and now number in the thousands globally. Kirschbaum would later send her kids to Waldorf schools and use Steiner’s approach to medicine at her naturopathic practice.

When the World Trade Center towers were felled on Sept. 11, 2001, Kirschbaum, then pregnant with her first child, doubted the official narrative. “I asked myself questions, questions, questions,” she says. She began seeking out answers on the internet. “After that, I realized that there are a lot of lies around us,” she says, adding that “since the internet is on” it’s been a key source of her information.

But she also insists she spent a lot of time in libraries reading books and learning new pieces of what she calls “the puzzle” through conversations with an eclectic cast. “I even know a freemason grandmaster, and he said, ‘Things are not as they seem in the world,’” Kirschbaum says, comparing their exchange to the movie The Matrix.

“The Matrix was a documentary,” she quips.

In 2008, Kirschbaum opened her practice, using natural remedies and healing to help ease suffering from all kinds of afflictions, including depression and cancer. It went well. Patients appreciated her warmth, openness, and generosity. When one elderly patient couldn’t afford to pay, she accepted apples and homemade marmalade from her instead.

Kirschbaum remembers this as a happy time. She was married and had built a family — four kids by 2011. But she never shook the underlying feeling that something was deeply wrong in Germany. It was around this time that she heard a theory that the country was not sovereign. Germany had only signed a ceasefire agreement after World War II, or so the theory went, and was technically a corporation still under the control of the victors. Kirschbaum ultimately embraced this erroneous version of history as fact.

As such, by 2018, Kirschbaum, then separated from her husband, began thinking “something must happen in this land.” That was around the time she saw a new Facebook page called Qlobal Change that stirred her. She describes their postings as a clarion call for Germans to “stand up” to the government and the deep state. “It was the start,” she says.

Qlobal Change is a German branch of QAnon, an extreme ideology that emerged in 2017, pushing the conspiracy theory that a cult of child-trafficking satan worshippers secretly runs the world. Outside the anglosphere, Germany is the biggest hotbed of QAnon adherents, with around 200,000 people estimated to follow its teachings.

By January 2021, both Qlobal Change & Querdenken_711’s Telegram channels had a combined audience of nearly 250,000 people.

There doesn’t seem to be a unified theory that drew Kirschbaum to QAnon. When asked what attracted her to the movement, she answers in abstracts: “It was only a feeling.” She says she met a lot of “interesting people” through the group, and found their ideas to be compelling.

Having found a community of like-minded thinkers who share her deep feeling that “something is wrong” in Germany, Kirschbaum got in touch with the owner of Qlobal Change’s Facebook page via the social network and messaging app Telegram to find out more — she always likes to go to the source, she says.

Kirschbaum messaged at length with the channel’s owner and met him in person three times before she became more formally involved with the group. Eventually, she was listed as a “freelance employee” of Qlobal Change and even recorded the voiceover for the German translation of QAnon’s daily “X-22 Report” on its YouTube channel, which would attract millions of views.

Along the way, Kirschbaum emerged as a charismatic speaker. In January 2019, she attended a protest in Aachen, the nearest city to her village. Merkel and French President Emmanuel Macron were in town to sign a historic new “friendship pact” between the two countries that was meant to send a message to nationalists and populists then resurgent in Europe. Kirschbaum claims she came to the protest to give a nonpolitical speech about what it means to be human, and says a mixed crowd of various right-wing, antifa, and left-wing groups gathered round to listen to her words.

Footage of the protests, however, shows Kirshbaum at the forefront of a group of jeering protesters wearing high-visibility yellow vests. This attire is popular with members of the eponymous anti-establishment, populist movement that originated in France in reaction to a proposed fuel tax increase. Kirschbaum is shown both leading the yellow vest crowd in chants and addressing speeches to them. In conversation, Kirschbaum refers to Germany’s yellow vests and Qlobal Change interchangeably. Essentially she sees them all as part of what she calls “the resistance.”

Antifa, on the other hand — invariably named by her with a vomit sound — is the enemy, despite her claims to have once been a member of the movement. “That was another antifa,” she says, claiming the antifa movement is now nothing more than a front for the deep state. And all her old antifa friends? They are now in the resistance, Kirschbaum says. “And they are very angry about the antifa [of] today.”

“The Matrix was a documentary,” she quips.

When the pandemic began in early 2020, Kirschbaum was immediately skeptical, she says. After her children were mandated to wear masks — which she calls “slave masks” — and follow other restrictions at school, she started homeschooling them. In our first conversation in late 2020, she told me she believed COVID-19 was real, but greatly exaggerated. The statistics about hospitalized people and deaths were fabricated, she said.

Generally speaking, COVID-skeptic groups push outlandish conspiracy theories that claim, for example, the pandemic is part of a plan to control population growth, implant computer chips in people, or inaugurate a totalitarian regime. “Of course, believing in one conspiracy theory leads to believing more,” says Jordan Wildon, a Germany-based digital investigator who tracks disinformation, online extremism, and conspiracy theorists for Logically. Conspiracy theories often attract people trying to make sense of things, he adds, especially during a time as confusing and complex as the COVID-19 pandemic.

Germany’s COVID-skeptic movement rose by focusing on opposing the government’s March 2020 lockdown measures. Early on, the movement was made up of many groups, but Querdenken eventually became the largest and most organized one. Its protests attracted a mix of people previously affiliated with QAnon, the far-right, and Reichsbürgers — people like Kirschbaum — as well as with Germany’s Green Party, the “Free Assange” movement, and even yoga practitioners. While many of these people never actually joined Querdenken itself, the group’s huge rallies started to attract conspiratorial-minded people in growing numbers.

This reached a pinnacle in August 2020, when Querdenken organized two Berlin protests, one on the first and the other on the twenty-ninth. Various COVID-skeptic groups homed in on August 29 as a date for holding parallel rallies. So too did extremist, far-right, and QAnon-supporting groups.

Kirschbaum says she was invited by the yellow vests to give a speech at a fringe protest in front of the Reichstag during the August 29 rally. In an early conversation, she told me that she excitedly agreed to speak and was told she would be taking the stage last.